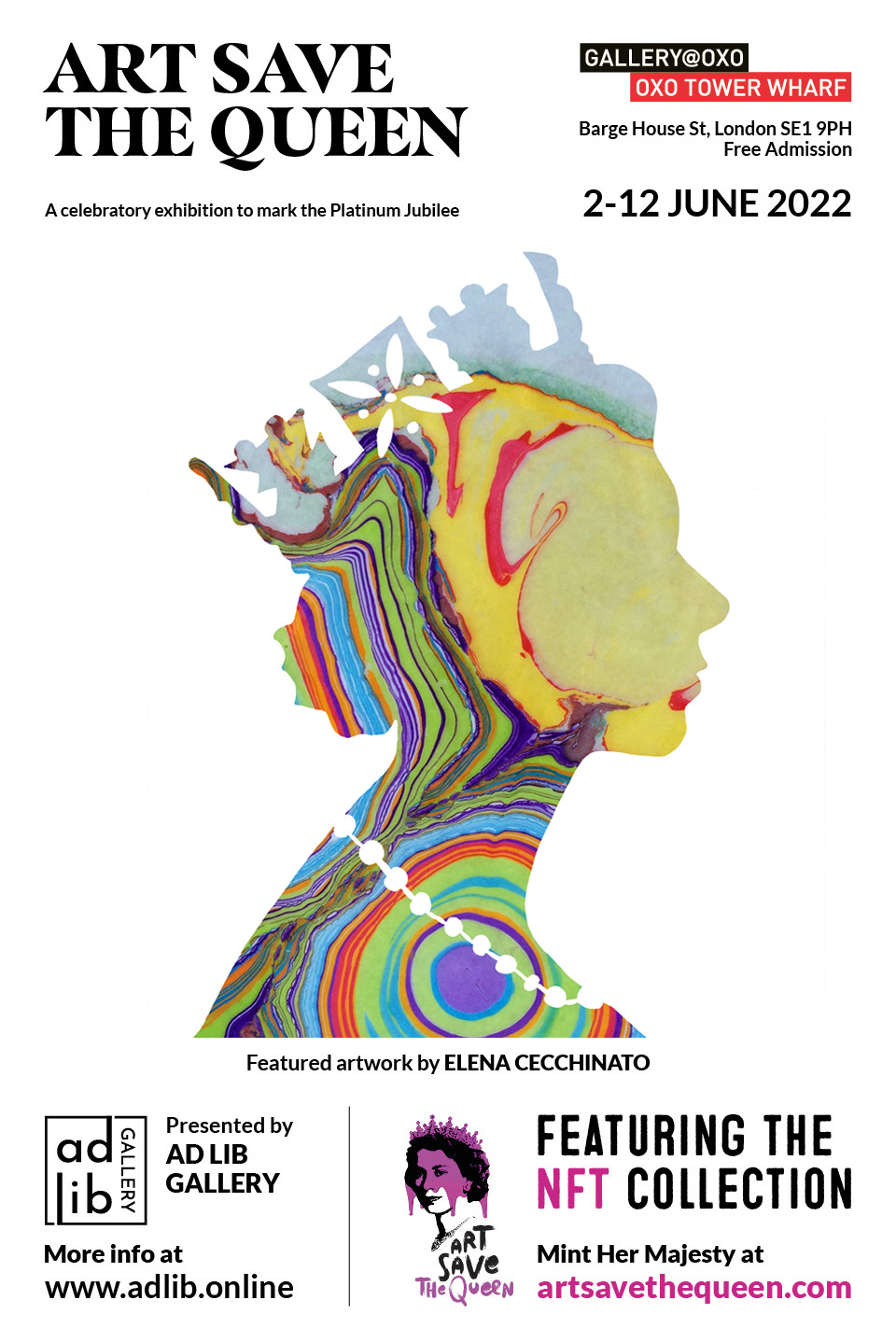 I took part in this celebratory exhibition to mark the Platinum Jubilee with takes take place on London’s South Bank this June. ART SAVE THE QUEEN is open to the public from 2nd June at gallery@oxo and will run until 12th June.

Portrayals of HM Queen Elizabeth II by up to 52 established and emerging international artists will be showcased in this free exhibition as Britain celebrates the monarch’s 70 remarkable years on the throne.